Before a turbidity barrier solution for the treatment (or prevention) of turbid water bodies can be selected, its causes, behaviors and measurements need to be understood and analyzed. A good place to start is with Stokes Law, a settling velocity equation. Stokes Law is an important formula for use in understanding how water turbidity currents behave during sedimentation and how they're measured. Specifically, it applies to how the sedimentation of particles react under the force of gravity in water, and is measured by the settling velocity of the particles, whereas the degree of turbidity itself is measured by the density of the particles using a turbidity meter.

While technically, sedimentation is the end result of the cycle, it is most frequently described as the process where silt, after becoming suspended in water (generally by disturbance of the water body floor), is pulled back downward by gravity until it encounters a barrier or the water body's floor. This is also known as "settling." The sedimentation process can also be triggered by events outside the body of water, such as construction areas that are exposed to erosion. The speed at which the particles settle is known as the "settling velocity." Using a settling velocity equation such as Stokes formula helps in predicting what control measures (such as turbidity curtain) are needed for managing turbidity.

Turbidity Currents & Their Impact on Sedimentation

There are few challenges in real-life applications that Stokes Law doesn't account for. Stokes Law assumes that the particles are small and spherical. Nature doesn't often provide such a perfect situation, as silt particles can come in a variety of sizes and shapes. Larger or unevenly shaped particles tend to settle more slowly. Also, the greater the turbidity, the greater the viscosity is, and the slower the particles will settle. Drag force is also a factor that needs to be accounted for, particularly in locations with moving water. The distance that disturbed silt particles will be carried downstream is affected by both the drag force and the settling velocity. 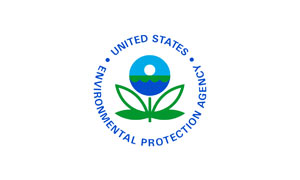 Factors in Planning for Turbidity Solutions

Particles of different sizes and weights will settle at different rates. When planning a solution for turbidity, consider the type of particle, how much will be suspended in the water, and how often (or how long) the disturbance will occur.

These factors will also help you determine which type of turbidity curtain is needed, and how long it will need to remain in the water after the last particles are displaced. 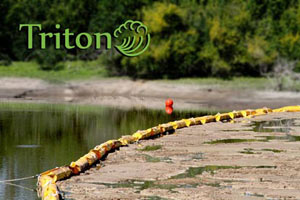 Containing the sediment-laden water with turbidity curtain until the sediment has settled and the water conditions have nearly equalized is a best management practice for controlling turbid water conditions. The objective, when using turbidity curtain, is to control the turbid water, allowing sufficient time for the suspended sediment to settle. For a well-constructed turbidity solution that will provide the results you're looking for, consider Triton Turbidity Curtains. We manufacture our turbidity curtains with a wide variety of designs and fabrics, tailored to the needs of your jobsite.

Additional Curtain Load Factors
When determining which type of Triton Turbidity Curtain is best for your jobsite requirements, there are several factors to consider. The load for a turbidity curtain can be affected by current, waves, tides, and wind. Water depth and the type of water body also can be a factor. For assistance in determining load factors and anchoring requirements for specific job site conditions, please contact us.

GEI Works is a global solutions provider offering our expertise and products to the following states, countries, territories and provinces:

GEI Works is a global solutions provider offering our expertise and products to the following states, countries, territories and provinces: